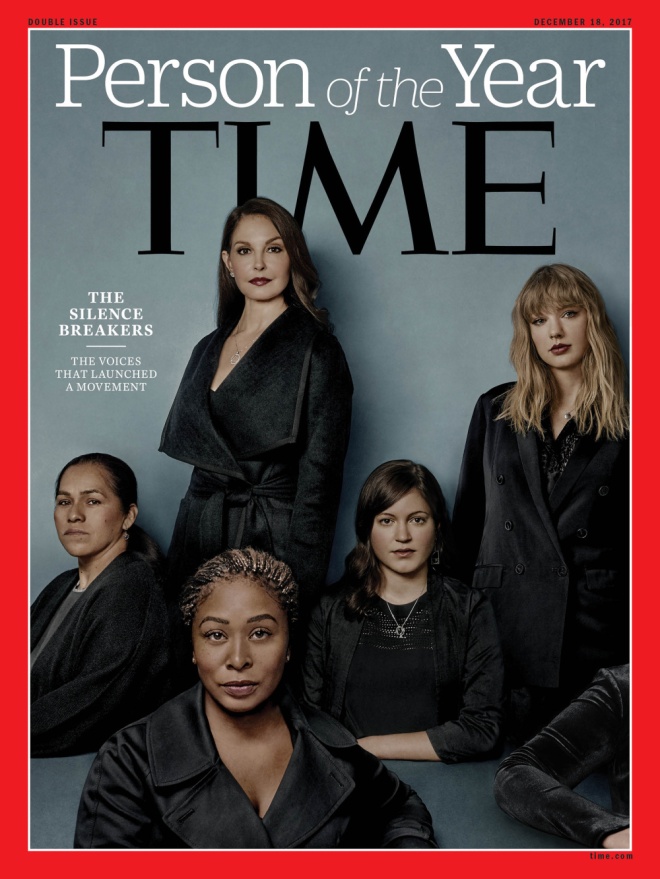 Every year, TIME Magazine names their “Person of the Year.” Typically, the honor is awarded to someone who has made a real impact over the course of the year. Past honorees have included FDR, Martin Luther King Jr., and Queen Elizabeth II. This year, TIME chose to honor the individuals, almost exclusively women, who have bravely come forward to talk about their experiences with sexual assault and harassment at the hands of powerful men. Because of their willingness to speak up, thousands of others have felt empowered to share their own stories of abuse and dozens of high profile executives from the entertainment industry to the tech world to the government have been forced to admit their crimes and resign from their posts.

In reading through the TIME magazine article, I was struck by two things in particular. One was the sheer number of women who experience some form of harassment, assault and/or abuse in the workplace. The numbers are staggering, particularly when you consider that most harassment and abuse goes unreported. The second thing that struck me was the diversity of women affected. Women from every walk of life – every race, socioeconomic background, educational background, and age – were affected. Like any kind of abuse, there is no “typical victim.” Anyone can find themselves in this kind of situation at any time. It’s a scary thought, but one worth remembering.

The selection of these women as the Person of the Year feels like a full circle moment after a year that began with millions of women marching around the world in protest of the direction in which we were headed with regard to women’s rights. It has been a year where women have truly used their voices to demand justice and have refused to settle for anything less than equality. I stand in solidarity with these women and with anyone who has experienced any form of abuse. I am humbled by their courage and committed to their cause.

With much respect and gratitude – until next time.